Why are farmers increasingly raising 3B bulls?

What are 3B bulls?

Within the framework of a working visit to Belgium, on November 2, the delegation to promote investment, trade and tourism of Hanoi by Vice Chairman of the City People's Committee of Hanoi Nguyen Manh Quyen as the head of the delegation visited and worked with Belgimex Cattle Breeding Company (GA Belgimex) of Belgium in the Francophone region of Wallonia. 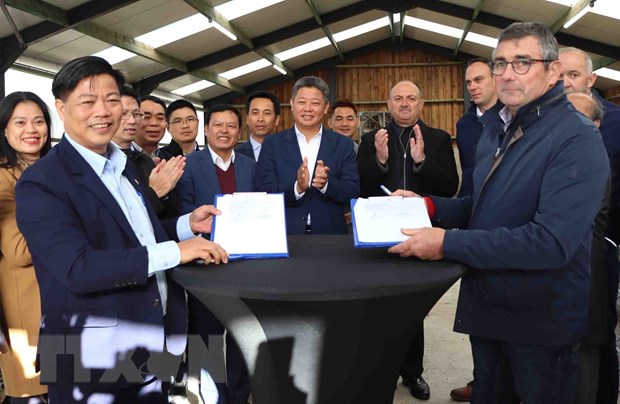 The signing ceremony of cooperation agreement in Belgium between HLBC and Belgimex (Source: TTXVN)

Right at the cow farm, the representative of Hanoi Cattle Breeding Joint Stock Company (HLBC) and the representative of Belgimex Company signed a memorandum of agreement on continuing to cooperate in completing the process of transferring 3B cattle breed to Vietnam and importing spermatozoa. This breed is intended to continue to improve the herd of Hanoi and other provinces of the Red River Delta.

3B bull is a breed of cow with the appearance of white and gray-blue patchy skin and developed muscles, especially the hamstrings and buttocks, which are raised for fattening for meat. By the time of maturity, males have an average weight of 700-800kg, for females it is from 600-700kg and after three to four years, some weigh up to 1.4 tons.

This hybrid of cow has a fast growth rate, high economic efficiency and is well adapted to the living conditions of Vietnam, so it has become popular among farmers, contributing to job creation and stable income. determined.

According to the Ministry of Agriculture and Rural Development, in the 7 months of 2022, Vietnam has spent a total of nearly 2.7 billion USD to import some key ingredients for animal feed including corn and soybeans. While the import volume decreased, the import value of these items was at the same level and increased sharply compared to the same period last year due to negative impacts from the global political - economic situation.

According to experts, feed accounts for 65-70% of the cost of livestock. Facing the current situation of strong increase in input feed prices, many farm owners have been suffering when profits have decreased in recent years.

What is the advantage of raising 3B cows in the period of 'price storm'?

As a local pioneer in raising 3B cows, Mr. Vu Kim Tuyen in Ba Vi, Hanoi has been trying to find a solution to this problem by using substitutes for industrial bran such as dry straw, before feed more watering molasses, silage.

In particular, Mr. Tuyen has learned from experience and perfected the recipe for cooked bran with the main ingredient from corn. During the framing phase, he used half a portion of corn mixed with ¼ cassava and ¼ rice bran; At the fattening stage, increase the amount of corn to 70% with the addition of concentrated bran, combined with corn and silage. This recipe helps 3B cows get fat fast, red meat, much less fat than our cows.

Thanks to the utilization of forage sources, the results obtained were beyond expectations. The average monthly fee for bran is reduced to about 600-800,000 VND per head, much lower than the cost of 1.2-1.5 million VND per month to buy industrial bran. However, raising 3B cows is not so "easy to eat" but also faces many barriers.

The obstacles to raising this breed of cows listed by Mr. Tuyen include the need for a large land fund, which requires a lot of care, as well as the need to maintain a stable amount of capital for a long time to meet the demand. on animal feed on large-scale farms. The purchase price of 3B cattle is also higher than that of domestic cattle.

In addition, 3B variety has the advantage of good cold tolerance due to its origin from Europe; On the contrary, it is quite sensitive to high temperatures, especially above 37oC. Therefore, farmers have to invest in more industrial cooling fans or invest in water spray systems to cool their farms.

Supply of corn silage for 3B bulls

To save and take advantage of available materials, farmers can use corn stalks after taking the seeds to silage as feed for cows. However, the demand for feed of cows is relatively large and the source of feed using by-products in the fields (corn stalks) of farmers is almost unable to meet the needs of cows.

In this case, farmers and ranchers can choose silage suppliers who are enterprises in Vietnam. 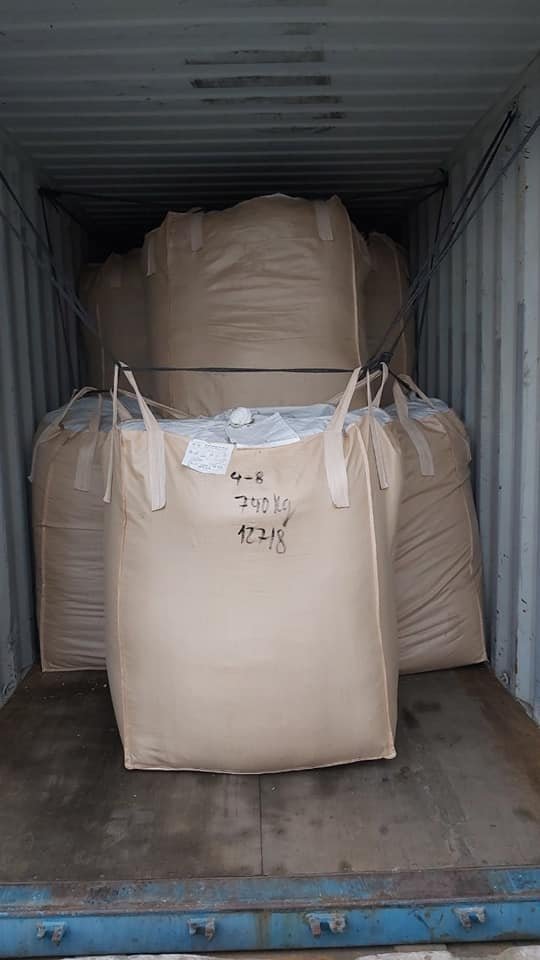 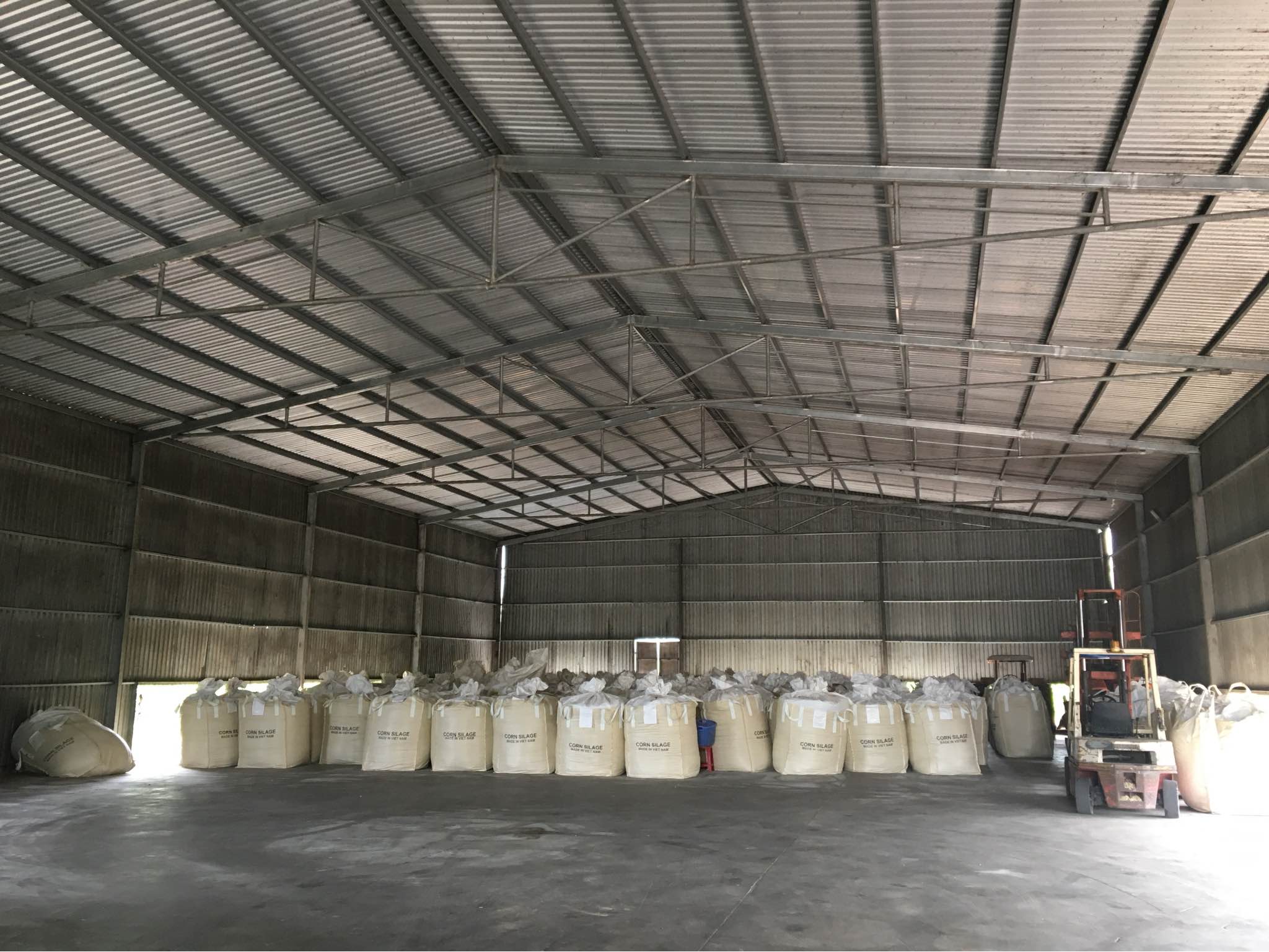 Kotinochi JSC is promoting the deployment of corn growing areas and the production and distribution of corn silage nationwide. Kotinochi's corn silage products are qualified for export to the Japanese market with the following distinctive features:

-    The product is 100% made from non-GMO (Non-GMO) ingredients. Kotinochi controls the production process from planting to delivery;

-   Raw corn is silage with yeast imported from Austria (Bon Silage) to help reduce the incubation time and increase the storage time;

-    Finished products are packaged in vacuum sealed packaging, extending the shelf life up to 18 months.